General News
Getting out of lockdown (for the fifth time) isn’t the same without you, Sydney
July 30, 2021 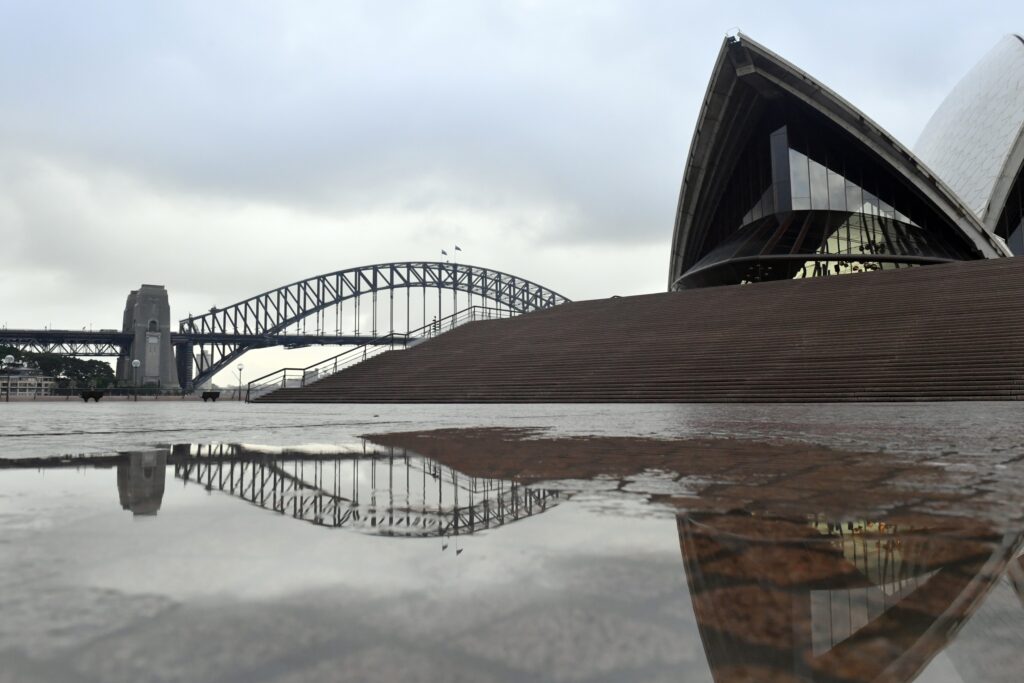 After 12 maddening days locked inside flipping between press conferences about why going outside is illegal and a billionaire penis measuring contest in fucking space, Victoria’s fifth lockdown came to an end on Wednesday morning. Daniel Andrews announced that the Delta variant of this shitstain of a virus had been defeated, again, for now, pummelled into submission for the second time around these parts. Conservative commentators, high on a year of gold standard mythmaking, found it all quite confusing.

Spreading it nowhere is literally the point. That's the entire fucking idea.

South Australia emerged from pandemic purgatory at the same time, the Marshall Government having enacted a Shorty-Sharpie with characteristic minimal fuss while that was still an option – apparently the sole Liberal Party in the land that paid any attention to Victoria’s 2020 Hell beyond using it to score cheap political points at the expense of a state’s fortitude, morale, and mental health. And like that, 14 million locked-down Australians became 6 million.

This is a win for the whole country, just like the last four re-emergence days. But our nation is not vaccinated enough, our inner-city ring of four-star hotels not quarantiney enough, and Sydney’s outbreak not under control enough for this to feel like much more than a hollow victory.

With Sydney’s outbreak yet to peak after five weeks of lockdown, Andrews called on Gladys Berejiklian to enact an equivalent of Victoria’s “ring of steel”, a measure that stopped rich people from Melbourne starting superspreader events at delightful country bakeries near their holiday homes in Gippsland. “We locked Melburnians into Melbourne. That protected Country Victoria and the rest of Australia. It works. That’s why I’ve called for it. The NSW Government has a different view. I would say to them: you’re not just making decisions for NSW, you’re doing it for the rest of the country.” 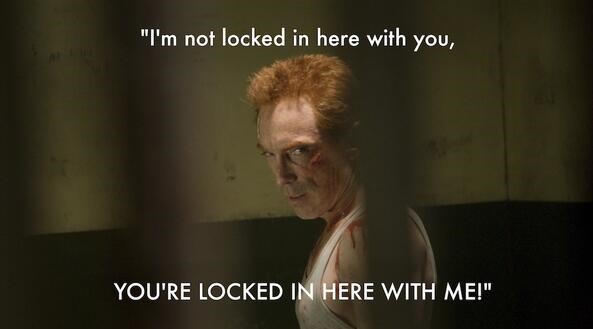 Andrews went further, just out and out saying the thing welling up inside the guts and tear ducts of traumatised Victorians that love people in NSW. “I’m not here to boast. We’ve experienced the tragedy of this. We tried locking down just parts of Melbourne and it didn’t work. I don’t know why other states wouldn’t do what we did. We had the biggest, most tragic, most painful wave, and we got the cases down to zero.”

This is unequivocally not about one state being better than another.

This is actually just pleading for extremely hard-won lessons already learnt to be heeded by Berejiklian, a Premier that spent last year perpetuating the line that lockdowns are unnecessary against a virus that has killed 4.2 million people if you just have high-calibre staff working the fucking telephone lines. In movies, this is called foreshadowing. Chekhov’s lockdown.

NSW Premier @GladysB on Victoria's lockdown: “It’s much easier to lock down because you don’t have to worry about anything, it’s much more difficult to let people move around when the virus is circulating.” #COVID19Vic #MelbourneLockdown #KJshow pic.twitter.com/zCR20Gpbeb

“We have harsher restrictions than any other state has ever had,” Berejiklian lied on Thursday, no curfew in place, in-person real estate inspections underway, no specified time limit on being outdoors, travel to holiday homes totally legal, daycares as open as Bunnings, golf courses still actually used by golfers and not yet taken over by BMX gangs and Northcote hippies. Masks were only made mandatory outdoors on Thursday, and only in eight local government areas.

Is the ADF going to stop my landlord bringing potential buyers through my home?

More importantly, though: why would Berejiklian even say such shit? Yet more spin, yet more parochial politicking: two things incapable of stopping the spread of coronavirus. This should not be about who suffered the most, this should be about stopping needless suffering. And watching the NSW Government make almost identical mistakes the Victorian Government already made is soul destroying. As the Communist Republic of Lockdownistan learnt in June 2020: just because an outbreak is blooming first in the poorer, denser suburbs, doesn’t mean it isn’t already everywhere by the time you’ve worked that out.

History repeats. Even the pundits are saying the same stupid shit they said here at roughly the same point in the outbreak.

Should the army be brought in to help stop the spread of Covid in Sydney? @LiSTNRau

New strains of stupid shit as well, thank you Joe Hildebrand! “Sydney is a city built on risk. It was a risk for the first white settlers to come here – not to mention the ones who came 40,000 years earlier – and it has been a battleground for survival ever since… It is not a place where you go to be safe, it is a place where you go to make it or break it – and maybe get broken… And so there is little tolerance for the paternalistic and protectionist zeal that other states have so enthusiastically embraced when it comes to tackling the coronavirus pandemic.”

If this is true, it has more to do with the messages sent out by deranged media and self-serving politicians than it does with how Arthur Phillip felt 250 years ago.

“In Sydney, more than anywhere else in the country, there is an acceptance that life is a game of risk and reward and all their accompanying repercussions,” drooled Hildebrand. “Underpinning all of that is a sense that life has to go on, that we have to keep moving or we atrophy and die. And most Sydneysiders would rather die in battle than in their beds.”

I know lots of normal people in Sydney and none of them think this way because they’re normal people. Lockdowns suck, but holy shit they’d be easier if this nation’s picture bylines could just shut the fuck up for a few months.

This is a time of human misery on a massive scale. Victorians have spent more than 200 days in lockdown. Our lives have been made smaller, our connections severed, our plans and hopes for the future stalled by restrictions that were unimaginable just 18 months ago. A lifetime ago. Unacknowledged, unprocessed hurt stings the air. And with each new case, each new lockdown, each horrendous press conference and piece of murderously irresponsible reporting, fresh wounds un-scab older, deeper ones. But my son is safer now because of all this, and I wouldn’t have it any other way.

The Prime Minister won’t tell Sydney to open up and “live with the virus” as case numbers surge like he did repeatedly with Melbourne. He actually likes Sydney. The Federal Treasurer won’t scold Sydney for being lockdown-happy welfare cheats, because he’s a Liberal Party hack before he is anything else. And the Murdoch press (probably) won’t try to convince people that deserve better newspapers to rise up and smash a totalitarian dictatorship that doesn’t exist, compounding misery upon misery, gaslighting a state into discombobulated rage. But this is still going to be so, so hard for so, so many.

I am hesitant to pass on advice to anyone in New South Wales, other than Joe Hildebrand, because I know how infuriating that was last year. I’m still irrationally pissed off that Dr Nick Coatsworth, arguably the most incredible jawline in Australia, told us to make our beds every day while in lockdown. YOU’RE NOT MY DAD, ARSEHOLE. And just as Sydney didn’t understand our 2020 (my horrendous Sydney-based boss called me from a fucking pool party in September last year), we might not understand all of this.

But, if you’ll allow one small indulgence… Life becomes simple after months of lockdown, and when things get really bad there are only two types of people: those that are helping and those that are not. Surround yourself with the first group as much as possible, and, if you’re up for it, try to destroy the second.

Be safe. Be well. We’re thinking about you. We love you. Let’s get smashed together as soon as we possibly can.