General News
Immigration Minister Alex Hawke has the power to return the Murugappan family to Biloela but not the balls
June 17, 2021 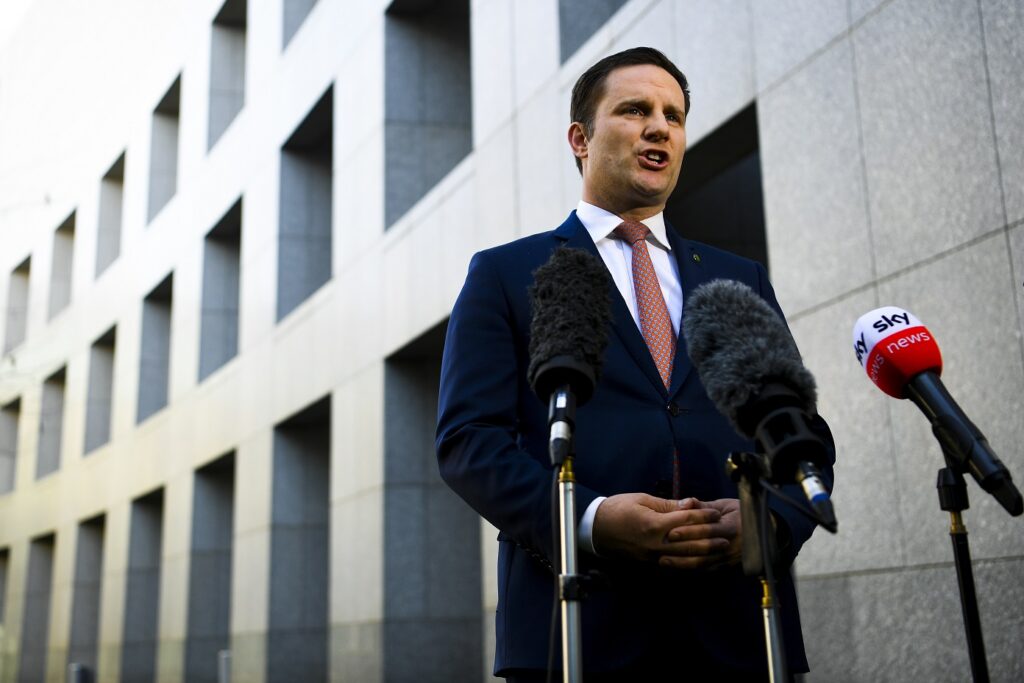 In the week since I last ranted at you, there have been developments in the saga of the Murugappan family’s ongoing persecution. The significance of these changes, however, has been misrepresented by the Morrison Government and widely misunderstood by the public, so I thought I’d explain them and rant at you some more.

On Tuesday, news broke that Nadesalingam “Nades” Murugappan and his young daughter Kopika were being flown from Christmas Island to Perth. There they would be reunited with Kopika’s mother Kokilapathmapriya “Priya” Murugappan and little sister Tharnicaa, who remains in Perth Children’s Hospital, where she is being treated for sepsis, which she acquired because the Australian Government hates refugees. That may not be verbatim what it says on her patient chart.

That morning, which coincidentally followed the airing of absolute queen Louise Milligan’s Four Corners’ investigation into Scott Morrison’s really fucking close ties to QAnon, the government’s spin machine was firing. Across news and social media, exultations about the long-tortured family’s “release” and this “win” spread rapidly; a makeup brand in my Instagram feed that should either stick to contouring or read full articles before dipping their Shellac-ed toes into politics for likes was ecstatic.

Many believed that flying a father from his undue island prison to his sick child’s bedside was an act of benevolence by the government, forgetting or ignoring who put him in that prison and neglected its moral duty of care for his child. People also believed the family had been released from detention and allowed to stay. They were wrong on all counts.

Flying Nades and Kopika to Perth was the extremely very least their taxpayer-funded tormentors could do. But our bar for this government is so frighteningly low, we’ll take any scrap even slightly resembling decency and celebrate it like they handed out free puppies or admitted climate change is real. They’re like the worst boyfriend you ever had but with money, power and a thinly veiled bloodlust (though perhaps he had those too, I don’t know your life).

I need to make this clear. The Murugappans have not been “released” from detention. Minister for Immigration and cruise ship enthusiast Alex Hawke has simply transferred them into community detention in Perth. Hawke made it clear that this isn’t a pathway to visas, and they will only remain in Perth until Tharnicaa is out of the hospital and their legal proceedings against the government in the Administrative Appeals Tribunal, Federal Court and High Court have concluded

Community detention in Perth is not an option. The people of Biloela won't stop until this family is back home with them. https://t.co/hrfVQUkiMr

Among the many restrictions of community detention, Nades isn’t allowed to work, they can’t leave Perth under any circumstances and visitors are strictly prohibited. And while, sure, community detention in Perth is arguably better than a detention centre on Christmas Island, it’s not freedom, it’s not permanent, and it sure as hell isn’t their life in Biloela. The only change is geographical, which can be reversed at any time. You can call this a “win” if you want, but there are no prizes.

Speaking of portents, let’s talk about Peter Dutton for a minute. Specifically, about how he used his ministerial powers from the same Migration Act to intervene in the deportation of four Italian au pairs who just happened to work for his mates or – and this one stings more because FUCK OFF – his mates’ relatives. The dark lord claims granting the signorinas visas was “in the public interest”, but unless they were serving the public free pasta, I’m not sure what that interest was. Meanwhile, a couple with Australian-born children, treasured by the community they had been actively contributing to, have been locked up indefinitely because they’re not old cop buddies of Peter Dutton nor chief executive officers of the AFL.

Subsequent to all this, there has been no change to Nades’ and Priya’s rejected refugee status, which was officially denied in 2018, resulting in the cruel and unnecessary dawn raid on their Biloela home which begat their cruel and unnecessary detention. This is despite mounting evidence of escalating human rights violations against ethnic Tamils in Sri Lanka, which the government has been made aware of but chooses to ignore. But yeah, let’s spare people the abject horror of being returned to Italy.

Repeating lines spewed forth by government officials since Kevin Rudd played out some twisted boat-phobic revenge fantasy and waged war on maritime arrivals in 2013, Alex Hawke says fully releasing this traumatised family from detention would encourage people smugglers to live their truth. “Our advice regularly is from agencies that the trade in human misery that is people smuggling can restart at any moment,” said the minister, a willing participant in the trade in human misery that is the Morrison Government.

Calls for the Murugappans to be resettled as part of deals with the US (active) or New Zealand (pending) have also been repeatedly shot down. I thought this was because both deals applied only to current or former detainees on Nauru and Manus. While Priya and Nades both arrived in Australia by boat, neither were ever detained on either island. But in fact, as the Minister for Home Affairs and chief child gaslighter, Karen Andrews explained on 4BC radio, “The arrangements we have in place with the United States and New Zealand are in respect to refugees. This family does not have refugee status.”

That’s easily fixed, Karen, though the family and frankly extraordinary people of Biloela have no interest in third-party resettlement anyway. Just like black coal, the Murugappans belong in Central Queensland, and it’s time we left them both there.