loading...
General News
Is the Murdoch-Morrison Government actively trying to kill everyone?
July 2, 2021 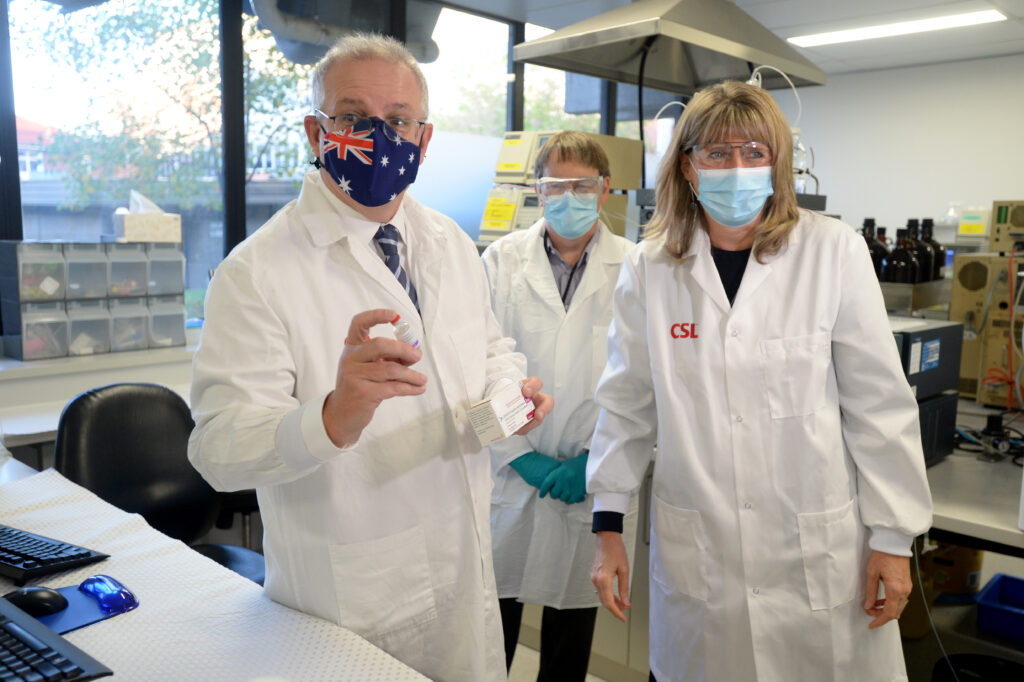 Fortress Australia, isolated from the world and protected from the ravages of coronavirus by a network of four-star hotels, has now been breached 26 times. NSW, the NT, WA, and QLD are in lockdowns of varying lengths and varying degrees of misery. This is unlikely to be Daniel Andrews’ fault. More than 18 months into the pandemic, zero facilities designed to quarantine a contagious airborne virus more effectively than a jerry-rigged suite at the Novotel are currently under construction.

This sucks. It also matters more than it should by now. Just 5.9% of Australians are fully vaccinated, our rollout the 95th most efficient in the world. Brazil is doing significantly better than us and their President spent much of the pandemic behaving like a man trying to kill lots of Brazilians.

The Morrison Government, finally faced with something important to do after outsourcing day-to-day pandemic management to generally more competent state governments, did not secure enough vaccines from a position of “first in line”. Yet again treating the announcement like the important part of the task, it whacked a Liberal Party logo on a picture of little vials and watched the good news spread faster than the Delta variant at a birthday party.

On the advice of the Scientific Industry Technical Advisory Group on Vaccine lead by Professor Brendan Murphy, the Australian Government has secured an additional 10 million doses of the Pfizer COVID-19 vaccine. pic.twitter.com/OHGZ0eepUx

As the months rolled on, federal cabinet’s talking heads continued to sow disproportionate doubt in the AstraZeneca vaccine, the one vaccine we actually had a bit of, and confused the absolute shit out of everybody by changing the advice on who should take it THREE TIMES, most recently a captain’s call various state CHO’s appear less than thrilled about. And all this after repeatedly telling the nation our drive to stamp out a virus that has killed 3.9 million people and crippled the world “isn’t a race”, a characteristically fuckwitted piece of messaging from a government that couldn’t competently make a TV commercial conveying the far simpler message that rape is bad. 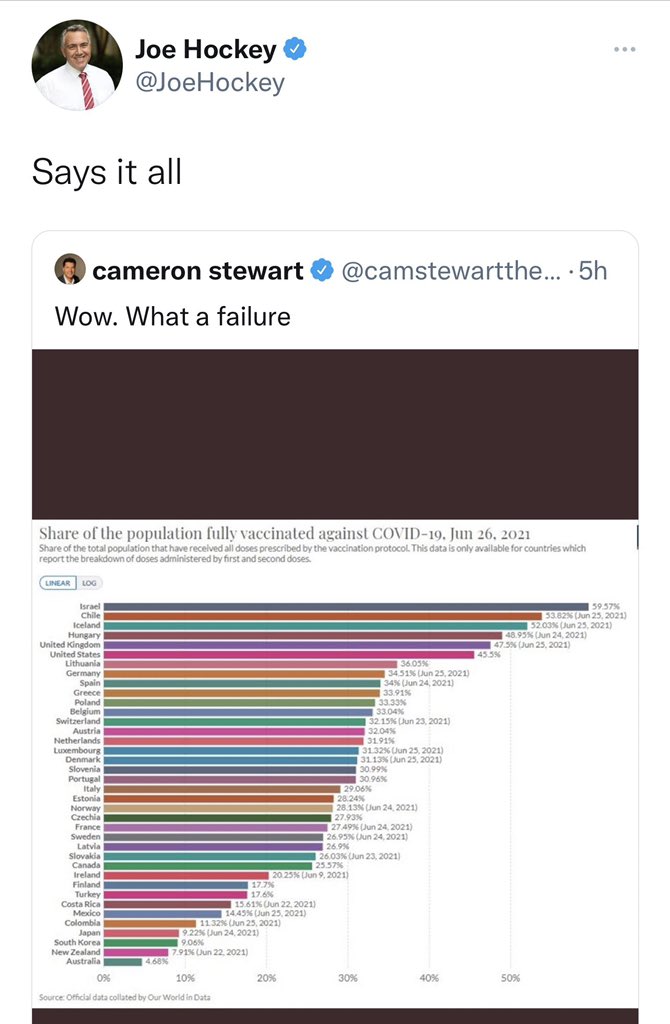 That, or he did understand it, hit the sauce, and cut sick on Twitter regardless. Either way, how could you blame him?! This is all genuinely hard to fathom. It’s a baffling state of affairs, and as someone who is overwhelmingly against this pandemic lasting forever, I question the underlying motivation. I’d really like to go snowboarding in Japan one day. I’d also like people to stop dying from this chode of a virus and this seemingly endless existential ennui to end. Scott, get with the fucking program.

But why would such an optics obsessed man do so when the optics have been so beneficial for so long? Throughout the Pandemic Age, an endless deluge of unscientific partisan swill disguised as journalism has catastrophically misattributed traits of the coronavirus – and the virus-quashing qualities of Australia’s inner-city hotels staffed by people that return home to the community after every shift – as uniquely Victorian characteristics. This state is well accustomed to such nonsense – “inner-city latte sipper” is essentially a dickhead dog-whistle for “people from Melbourne” – but the potential consequences of such drivel are far more dangerous during times of genuine crisis.

The contradictory and stupid implication? Victoria’s freedom-despising incompetent imaginary police state loves locking down its deluded commie serfdom and does so unnecessarily – but also it actually is necessary to lock down because of Mao ZeDan’s endless incompetence. This pandemic paradox led to the dangerous complacency stoking myth that “outbreaks only happen in Victoria” and the related “well fuck those guys anyway” sentiment.

Under the cover of a frothing sea of cross-examination by Liberal Party operatives like Peta Credlin and The Herald Sun, Scott Morrison did not build any quarantine centres or buy enough vaccine. The conservative “gold standard” wonderland of Gladys Berejiklian’s NSW was held up in stark contrast to the Soviet Republic of Victoria, because every story needs a hero. Capitalising, Gladys repeatedly made a virtue of how she wouldn’t lock down “unnecessarily”, weaponising Australia’s parochial streak and implying the half-year of suffering of 6.5 million Victorians wasn’t really called for. For her efforts, she was showered with glowing puff pieces from journalists that clearly no longer give a shit. 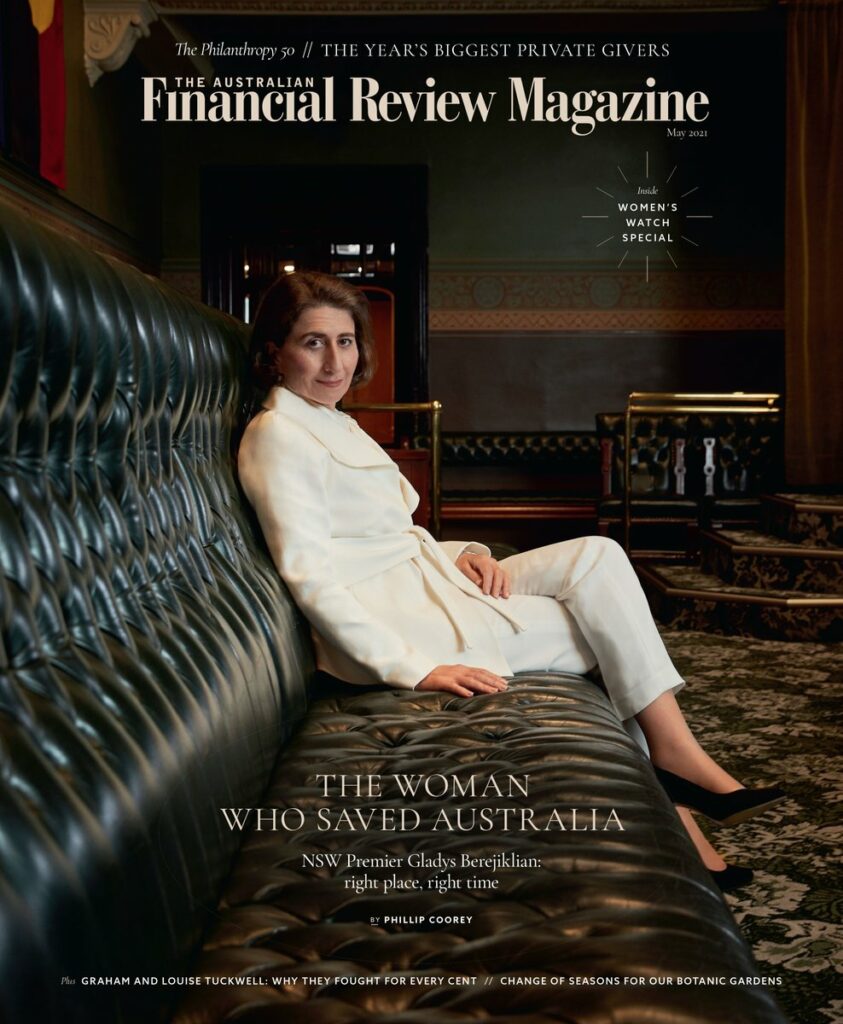 “We’ve demonstrated in NSW that there’s an alternate way to heavy-handed lockdowns,” Berejiklian told a Liberal Party conference just a month ago. “We made sure that we had the systems in place to be able to weather whatever came our way so that we would never go into lockdown again.”

Having staked her reputation on not locking down, the NSW Government failed to lockdown fast enough to keep the rest of the country (and parts of New Zealand) open and Delta-variant free. Australian media’s fuckwitted insistence on demonising lockdowns and expert medical professionals, instead of actually being helpful during a shitty time, rewarded and encouraged cavalier short-sighted approaches to life and livelihood.

Good journalism is integral to democracy; shit like this can be disastrous. The social fabric was simultaneously blanketed with the woes of Australia’s celebrity wage thieves, the pandemic management policies of our football-demiologists and shittiest comedians, and an endless stream of sympathetic snapshots into the lives of Australia’s mildly inconvenienced rich people. 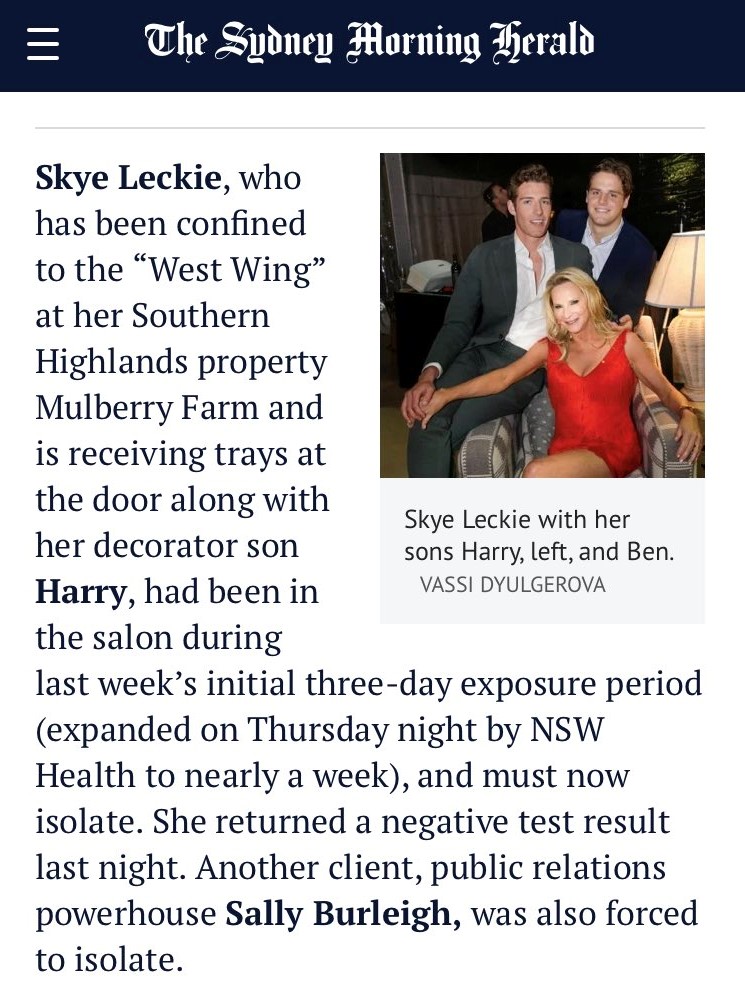 Who gives a shit?! Millions of Australians are in lockdown in solidarity with their communities, very few of whom are being served “trays” in their west wings. Can we please just go back to supporting ordinary people, trusting medical professionals, excessive day drinking and Netflix, being suspicious of obvious nonsense like Victoria having a hard-on for coronavirus, and despising conmen like our Prime Minister?

We didn’t know it at the time, but the biggest mistake the Andrews Government made last year was locking down far too late. On July 7, 2020, the day the Hell Lockdown was announced, Victoria recorded 118 cases. By that point, Victorians were destined for four more months locked inside 23 and then 22 hours a day. That’s what Andrews should have been reasonably pillorised for. The evidence is clear: go hard, go early, get on with annihilating the virus as quickly as possible; provide financial support to everyone struggling through shutdowns; and ignore short-sighted calls from the Liberal Party’s unofficial newsletters and fansites to keep capitalism churning along at full speed, life be damned.

There are reasonable arguments to be made about when lockdowns shouldn’t be used anymore, but 5.9% inoculated isn’t anywhere near that point: death tolls from across the entire world, and Victoria, attest to this fact. When the risk is largely confined to community-despising anti-vaxxer douchebags like Craig Kelly and the worst people I went to high school with, we can talk about an alternative. Until then, this is the world.

I don’t know why Scott Morrison is governing the way he is (i.e. not). Neoliberal stalwarts are ideologically committed to outsourcing as much work as possible, which certainly fits the profile. His religion is very much of the “fuck you, got mine” variety of prosperity theology, the Prime Minister having received his own Pfizer jab, splashed heroically across a Daily Telegraph frontpage, nearly five months ago. Or is this just a Tampa playbook thing all over again: stoked xenophobia and anxiety to make voters wary of a power transition during a turbulent, terrible moment? It ultimately doesn’t matter: the results are the same.

This country under its current leadership is an infuriating place to care about. Mediocre, unhelpful and stupid, and Murdoched to the point the really fairly obvious mediocrity, unhelpfulness and stupidity is missed, excused or celebrated by an electorally significant chunk of us. We have squandered everything squanderable and disrespected the sacrifices and hard work of so many Australians. The most negligent and irresponsible sections of the media have provided endless cover for Morrison’s negligent and irresponsible governance, and neither should ever be forgiven.