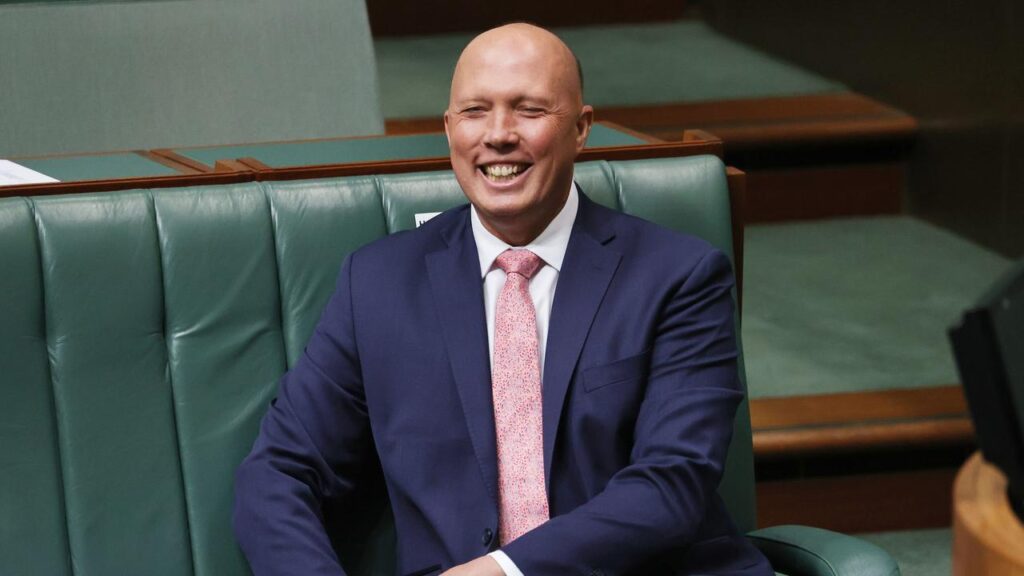 As the Liberal Party desperately searches for a new minority group to attack, while the Labor Party desperately ducks and weaves its way to unexpected defeat this election, there is a glaring topic that is front of mind for 32% of the population.

We need to have a national conversation about renting in Australia.

Of course, we won’t. To say Australia’s political system is captured by the propertied classes is an understatement. Of the 227 politicians currently serving in Federal parliament, 212 own at least one house.

Put another way, the housing affordability crisis that currently besets 32% of Australian voters who rent their home, doesn’t affect 94% of our politicians.

Not only that, but 58% – 133 members of the Federal parliament – own more than one house. Albanese owns 3, in case you’re wondering.

It is therefore no surprise that the shitty, but fairly universal, experience of renting your home, is not at the top of the national conversation.

You’d think this would be natural Labor Party territory, but it is now an axiom of Labor Party politics that you shouldn’t try and improve anything about Australia in case it impinges on the right of anyone rich to make even more money. Like it or hate it (I hate it), this is the reality of electoral politics.

It is true that Labor could run hard on solving housing affordability. They could go for an electorally-hard, scare-campaign-prone, definitely-not-going-to-work “abolish negative gearing” policy. That’s what the Greens did this week.

Under Albanese, Labor now consists of a cadre of yes-men-and-women who are like the Under 6 Ds soccer team of communication. They’ve yessed their way into positions of power under Albanese and they have no ability to independently argue for a good policy on housing all of a sudden. That’s not part of the plan!

But just because it’s a terrible policy doesn’t mean the impulse behind it is terrible. In fact, it’s the key to reshaping the housing in Australa.

The idea behind negative gearing is that providing housing is a social good. People should be incentivised to put money into providing housing because everyone needs housing. Being a landlord, in theory, provides a socially useful thing that benefits everyone.

So, with that in mind, let’s look at another way to reshape housing in Australia, without getting rid of negative gearing.

The thing is: because Australia has traditionally been a house-owning nation, our tenancy standards simply haven’t caught up with international norms.

A home is not a normal asset. If you get a place to rent and you like it, it becomes your home. The tenancy of your own home should take precedence over whatever the landlord wants to do with the property as an asset.

Fuck 12 month leases. Housing leases in Australia should be a minimum of five years, in the favour of the renter. That means that if you move into a house, it should be yours by right, for at least five years. It’s your home. You and your family need that certainty.

And it’s not a two-way street. As a renter, you can leave when you want but your landlord can’t chuck you out when they want. This is standard practice across Europe and reflects the fact that over there, renting has been the common way of doing things for centuries. It now is here for one-third of our population, so we should be taking our cues from the experts.

Okay, so this all sounds a bit radical right? I can’t see any major parties lining up to do something like this. Australia is not Europe. It’s Australia. Etc etc.

Well, luckily, thanks to the existence of negative gearing, I agree. My idea is making landlords treat houses like they’re a home would be a purely voluntary code. Hear me out.

Say you’re a landlord and you want to be able to chuck someone out of their own home at will? Fine, it’s a free country. You can be as big a fuck-knuckle as you like. The rub is: if you want to do that then you relinquish your access to negative gearing.

Negative gearing should only apply to people who are treating housing like it’s a social good. Instead, you’re treating housing like a speculative asset with no social value. As such, it shouldn’t have any tax benefits. You want to rent out your house only in the short term? Fine. But you lose your access to negative gearing. You can look after yourself, in much the same way you expect your tenants to look after themselves.

But, I hear all the renters say, being a good landlord is not just about the term of the lease. It’s about a whole lot of things. Not having mould on the ceilings. Having windows and floors and walls and ceilings and taps and air-con and gas and stoves and carpet and rising-damp and roofs and fences and doors fixed in a timely manner.

Therefore, my (modest) proposal is that there needs to be a national body that enforces rental standards across the whole of Australia. Let’s call it Fair Rent Australia. Its job is to set the standards of rental properties in Australia, and enforce them. If you sign up for those standards, then you unleash the benefits of negative gearing. If not, good on you. Good luck, no tax benefits for you.

And the standards are strict. The property needs to be well-maintained and independently-administered. And you need to sign up for the minimum five-year one-way lease. Hell, let’s make it ten-years.

It may not form part of our national DNA yet, but like it or not, we are becoming a nation of renters. Despite this, we are governed by landlords. We need to radically change the power balance between those who own and those who rent. Luckily, we can channel the best-intentions of our over-landlords into genuinely transformative improvements in our conditions. All it needs is for the yes-men-and-women to say yes.