General News
Australia will never really understand what Melbourne went through. And we need to be ok with that.
October 1, 2020 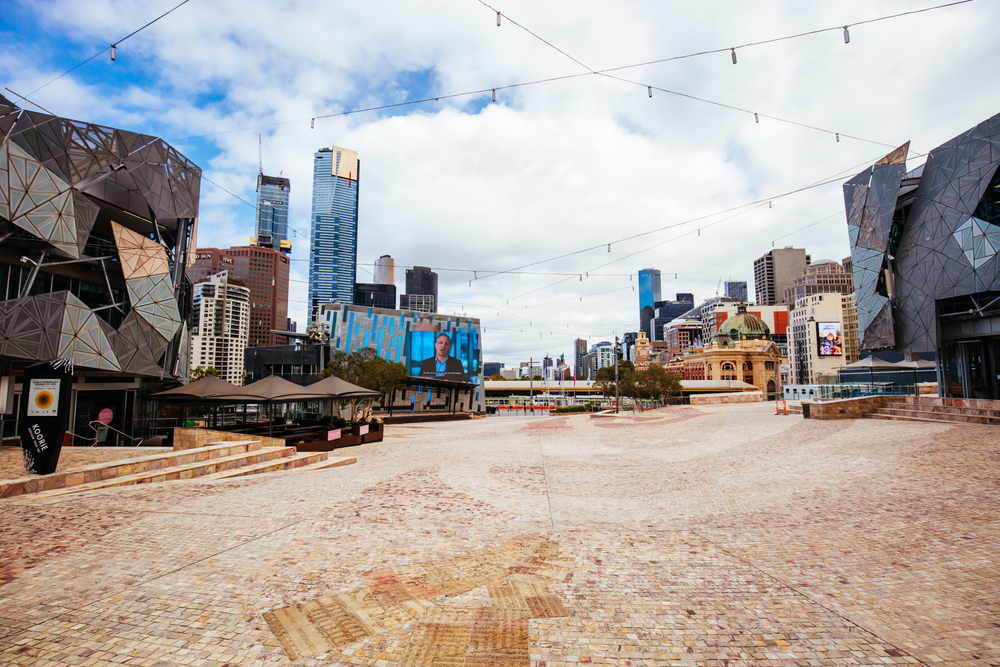 “How was your weekend?”

“The same as last weekend?”

The same as every weekend since March. You know what, is there a way we could start these company-wide meetings talking about other stuff? Could the Melbourne team join 15 minutes later? HR? HR’s in Sydney?

“You must be happy the curfew has been lifted?!”

Yes, ever since August 2nd I’ve desperately wanted to stand outside closed shops late in the evening. Just by myself, getting a bit wet, a bit cold, basking in the liberty of it all. Thank you. I’m glad we’re able to see the bigger picture here.

“It’s great you finally got rid of your health minister!”

Kind of. Maybe? I guess it was inevitable. But the weird thing is, when it’s your own family’s lives playing out on TV every day you kinda want solutions as much as scalps. (Unless you’ve gone nuts, which is happening as well.) So if we could also boot out casual labour, bloated bureaucracies reliant on industrial scale outsourcing, criminal profiteering and neglect in the aged care sector, alongside the minister, I’d probably feel a bit better about it all, you know? Oh The Daily Telegraph isn’t talking about that stuff? That’s weird, man.

At some indeterminate point in the not-too-distanced blur of before right now, I shared a Daniel Andrews Facebook post, and a Sydney conservative called me a fanboy.

Politics wasn’t on my mind when I shared that post. (It wasn’t even one of the good ones peppered with Simpsons references.) I shared it because it contained important information. A gut-punch 59 Melburnians had recently died of covid-19 in a single day. The rules of life, the boundaries of monotony, were changing again. We needed to know this stuff.

If the opposition was in government and Michael Whatshisface was Premier I would have shared his post, too. (Realistically, probably not though, because he’s been calling to open up since April. So I’d probably be dead.)

The political football wasn’t on my mind, but all this person saw was a chance to kick it up the field towards their goalposts. It felt callous, careless at best. But I might have done the same if roles were reversed. If I hadn’t spent more than half a year in a fuzzy, indistinct blur; death a closer companion in my mind than my close companions.

One of the greatest things about living in a country like Australia is that, for the most part, the day to day news isn’t about you. Occasionally it’s about your locality, or an issue you identify with as a collective, but it’s rarely this personal. I acknowledge that’s a privilege, but it’s a good one. The fluctuating numbers on the TV don’t normally determine mood, existence, or if you can go outside (exceptions, of course: the weather for poor people, stocks for rich people).

The rest of Australia won’t ever really understand that that wasn’t true for Melburnians for eight months this year.

And we just need to be ok with that. Because we have no choice. Like everything else we’ve had to suck up this year, we’re going to need to suck this one up too.

“It’s just a few more weeks, you should feel happy.”

I DON’T THINK YOU SHOULD TELL ME HOW I SHOULD FEEL?!

The truth is I’ve never felt more Victorian and less Australian. I don’t think that’s a good thing at all. But it is a thing.

Because eventually we’re going to be welcomed to sit down with friends and family from outside the Plague Zone. We’ll get unreasonably smashed together, and it’s going to rule.

Because we miss you guys SO SO SO MUCH. More than you probably realise. And I reckon you might miss us too.

But you know what else will happen? Some of our closest friends from elsewhere, the really good ones, will feel a bit weird around us, a bit eggshelly. And – much worse – the less empathetic ones, the ones we don’t know all that well, are going to talk to us about how hard their years have been.

And you know what else? It probably was a genuinely shitty year for them, too. This isn’t good basically everywhere.

But holy shit I’m going to need to storm out of the room right then and there, and I won’t be able to help it, lest tables get flipped.

And that’s not fair on anyone. But it’s also true.

Because we know. And they don’t.

Keeping up with the headlines conveys nothing of the lived experience of five million Aussies. Almost the opposite, in fact – unless you’ve gone a bit nuts and serenaded an empty shopping centre with a John Farnham hit alongside your 30 most enthusiastic wellness freak mates.

It’s possible to imagine the physical constraints of a 5km life. But the emotional, social, and mental barriers are realer than the geographic ones after this long. The stuff that actually matters – beyond the financial – hasn’t really made it onto any page.

Being severed from the connections that ground existence – the connections you never realised did that because you never needed to – is a profoundly fucked experience. The type of trauma that gives you nothing but time to think about all your other trauma. A cascade of the existential. A mountain of shit. Made incrementally worse knowing that it didn’t need to be this way, and that it isn’t for most of the country.

Half a million Victorians live alone. Until a recent law change on compassionate grounds, these people went 66 days without legally being able to have another human enter their homes – short of an emergency tradesperson, a doctor, a pre-pandemically arranged childminder, or someone they’re having sex with. In reality for many though, it’s been much, much longer, because the gap between Lockdown 1.0 and Lockdown 2.0 was over in a blink. That’s not a recipe for loneliness, it’s a banquet.

Year 12 students are having the worst year of their lives during what is usually the worst year of their lives – just, you know, worse. None of the good things about nearly being an adult that balance out all the stress are there. People in aged care homes are lonely and being bombarded by incessant sociopathic commentary literally saying they might need to die so we can make those rich people numbers go up again – all while many of their friends are actually doing that, dying, seemingly without any positive bearing on the economy, shock horror.

And the children. The unreasonably heroic little champions of Melbourne. The only unmasked faces we get to look at. I haven’t taken my son anywhere with an entrance fee since February, about a third of his lifetime ago. The pool we used to visit has become myth; a place you can’t think about too long because it melts your face like opening the Ark of the Covenant. Just instead of gooey waxy skin dripping down it’s just a stream of toddler (and miscellaneous) tears.

And before you accuse this Melburnian of  “going on a bit” about it all, I’m not complaining about this lockdown. It was right. It was necessary after the colossal quarantine screw up. I know that. Most of us know that. I just wish you knew that we know that too.

This is me trying to reconcile what comes next. Because that will be weird too. But we’ve done so  well we actually need to start thinking about this stuff.

It’s now October. This weekend I will sit down socially with two friends from the same household – outside, distanced, and masked – not exercising, actually catching up just for the sake of it, because it’s a nice thing to do, for the first time since late June.

I don’t want to set expectations too high but I think it will be the best day of my life.

Some of you will understand that. Most won’t.

And that just needs to be ok. 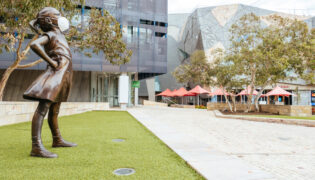 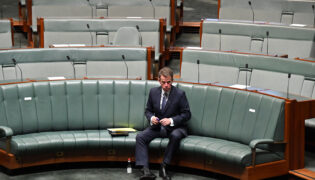 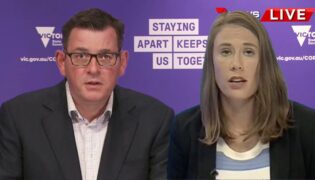 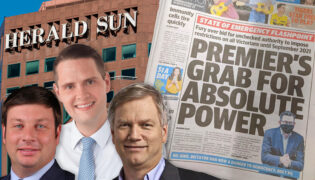 These creeps are going to make the next few weeks harder than they need to be
Help us bring you the good news
Our writers can't be paid in exposure, but they sure can die from it. So if you like the stories on The Shot and would like to become a supporter, we'd welcome the money. Just $1 a month is enough for us to keep publishing stories.
Support The Shot
Already a supporter? Click here to never see this again!
Do NOT follow this link or you will be banned from the site!