loading...
General News
Melbourne is not a city in revolt. The truth is far more incredible (and far more boring)
September 15, 2020 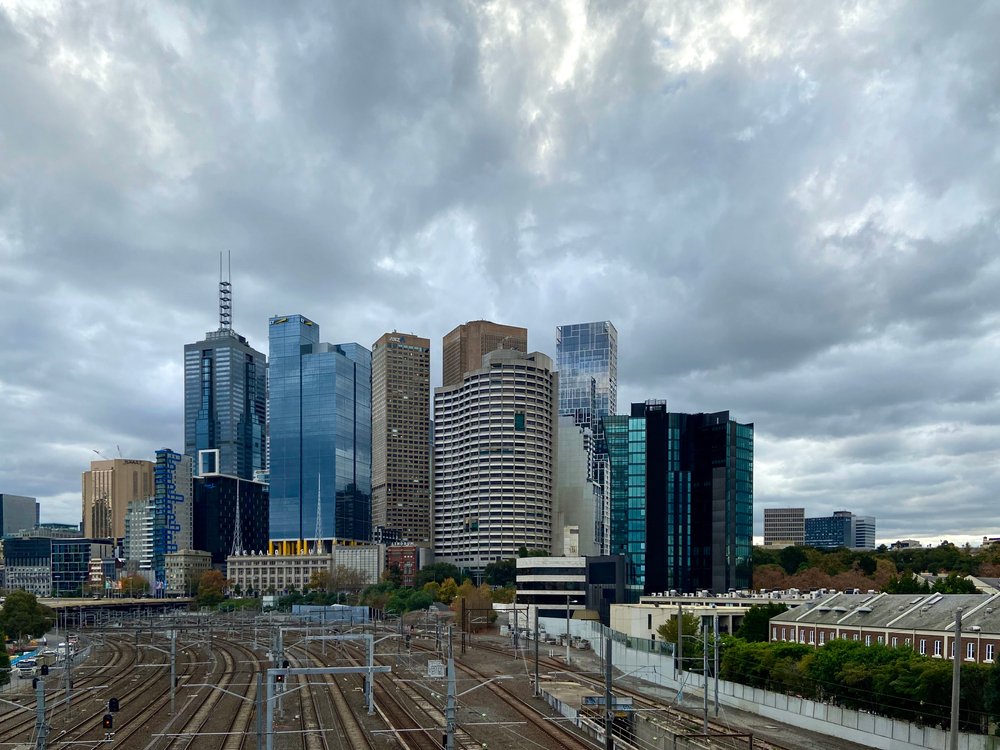 Yesterday, parents of tiny children across Melbourne lived their best day in months. The ropes came down. The sun shone on the top half of our faces. And playgrounds – glorious playgrounds – rematerialised into the five kilometres of life.

Yes mate, today you can use the slide. For months I daydreamed of a little more ceremony. The mayor, giant novelty scissors in hand, cutting the rope at 5am before a media throng. Champagne. Jubilation.

Instead, we’re forming our own little rituals to mark these milestones. Doing so in our own private way, alone by necessity, but in solidarity, really, when you think about it enough.

That’s the real story of life here at the moment.

If you think Melbourne, right now, is anything other than a city behaving itself extremely well given the circumstances forced upon us, suffering through some serious shit, with more dignity and class than a lot of places would manage, you’ve been served an extremely skewed, inaccurate perspective. And the numbers do not back you up even slightly. 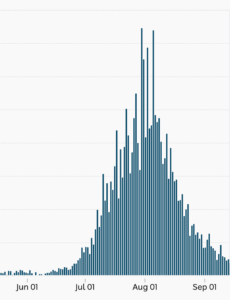 Look at that fucking curve! It’s such a good curve it’s not even a curve. It’s the raddest waterslide imaginable.

In this age of conspiracy fuelled insanity – stoked incessantly by the death throes of Murdoch, Facebook’s callous obliviousness, and, somehow, for some reason, Pete Evans’ weird $20,000 lava lamp – to be this deep into the most boring apocalypse imaginable, it is genuinely remarkable that 5 million of us are just getting on and doing it this well.

We keep hearing from the same few dozen rich people who think they should be richer. A handful of ex-footy players that want to play golf. The same gaggle of journalists in extremely pissy moods. Bec Judd’s horrifying run in with the gestapo and oppression from her $7 million mansion.

We’ve even heard from the guy in charge of the airport. 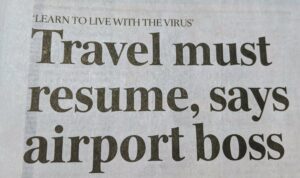 He thinks we should open the airports.

We all know the press sensationalises the truth – it’s just rarely this obvious to five million people that what we’re seeing on TV isn’t what we’re living through.

The anti-lockdown rallies. Let’s talk about the rallies.

Do you know how big these rallies actually are? I’m literally starting to recognise the same few faces over and over again on TV.

I know they originally hyped it like this, as a mass movement of the people…

But it didn’t eventuate that way. Not even slightly.

These protests are about the size of those random demos you’d stumble across in The Before Times while you were out in town trying to pick up a new SIM card from JB Hi-Fi. Someone would hand you a flyer. “Free [someone you’ve never heard of]!” And you take it because they seem nice but you also don’t want to appear too outwardly enthusiastic because you don’t know if they’re the Israel or the Palestine.

You promise yourself you’ll look it up when you get home but you don’t.

That’s the scale of this. And those rallies never got nationwide blanket coverage. And that was back when nothing else used to happen!

WeLl wHaT aBoUt AlL tHe RiOt PoLiCe In YoUr FaCiSt StAtE?!?

Riot police are always at protests. They shouldn’t be! They really shouldn’t be. But they ALWAYS are, and the fact they are now is genuinely the least remarkable thing about any of this.

The difference, though, is that in normal times riot police just beat up hippies that don’t like logging and students who think sweatshop labour is a bit bad. I’ve been charged at by Melbourne’s riot cops and mounted police at countless anti-war rallies, anti-uranium mining rallies, anti-corporate globalisation rallies… AND NONE OF YOU CARED ABOUT THAT!

If you’re truly worried about our civil liberties being trampled, Channel 7, that’s genuinely fantastic. But please, please, please continue to care about it when, in a few years from now, the riot squad is back to beating up environmentalists and socialists instead of beating up the most unhinged sections of your breakfast TV audience.

Perspective, please. Once more: we are living through a pandemic, not a dictatorship.

Our national media has done an appalling job of conveying what life is like here to the rest of the country. And it’s making a difficult situation even harder. It’s making sane people feel more alone, more unhinged, more depressed.

The real story here is the superhuman humanity, the extraordinary ordinariness, and just how remarkable the otherwise unremarkable amongst us are being.

On TV, we’re a city in revolt. In reality – a reality we’re all seeing with our own eyes – we’re a city of 5 million extremely ordinary, extremely worn out people, suffering a trauma people not here will never understand, basically just saying, “Yeah alright, this is shit, can we have takeaway again this week?”

I’ve watched the Netflix Will Ferrell Eurovision movie four times. It came out at the end of June. Why isn’t anyone talking about that?!

We’re doing this so insanely well. We’re overwhelmingly in favour of what we need to endure. And even those not in favour of it are basically just doing it.

We’re so frayed by it all that a hammy saccharine ABC montage of empty streets set to a choirboy singing made people blubber. That shouldn’t have worked! But it did work because [waves hands frantically at all this].

The discontentment machine is ramping up to insane levels right now precisely BECAUSE of how well we’re doing this. They know they don’t have much time left. Their window of froth is closing, so they’re actively trying to undermine our collective efforts.

Because in six, seven, nine weeks – whatever that means anymore?! – there will be far less anger to stoke, far less discontentment to breed, far less frustration to manipulate and prod and send suffering people over the edge with.

Because we’ll be on the beers. Our kids will be in daycare. People will have stopped dying all around us. And it will be glorious.

I’ll still probably watch that Eurovision movie a few more times, because it’s become a shortcut to the good brain juices I’m so desperately craving and I think it genuinely deserves a critical reevaluation, but I’ll also be doing other normal things like people in the rest of the country.

We’ll try to forget all this because that’s what we tend to do with trauma.

But I will never forget how badly our media – with a few Guardian and ABC shaped exceptions – failed us.

How they egged on the dickheads with their explicit support. How they gaslit our normally sane neighbours into going a bit nuts. And how they made our more sociopathic friends and colleagues from out of state think we brought this upon ourselves.

This story isn’t about governments, it’s about ordinary people.

(And, by the way, it’s also not about blindly supporting our government either; it’s perfectly possible to be annoyed about why we’re in this mess, want the appropriate head to roll, and still think what we’re doing now is the right thing to do. Because it is.)

I’ll never forget how much harder Murdoch, Sunrise, Today, and Pete Fucking Evans made all this.

And I guarantee you a decent portion of the ordinary – nay, extraordinary – 5 million Melburnians just getting on with it won’t either.