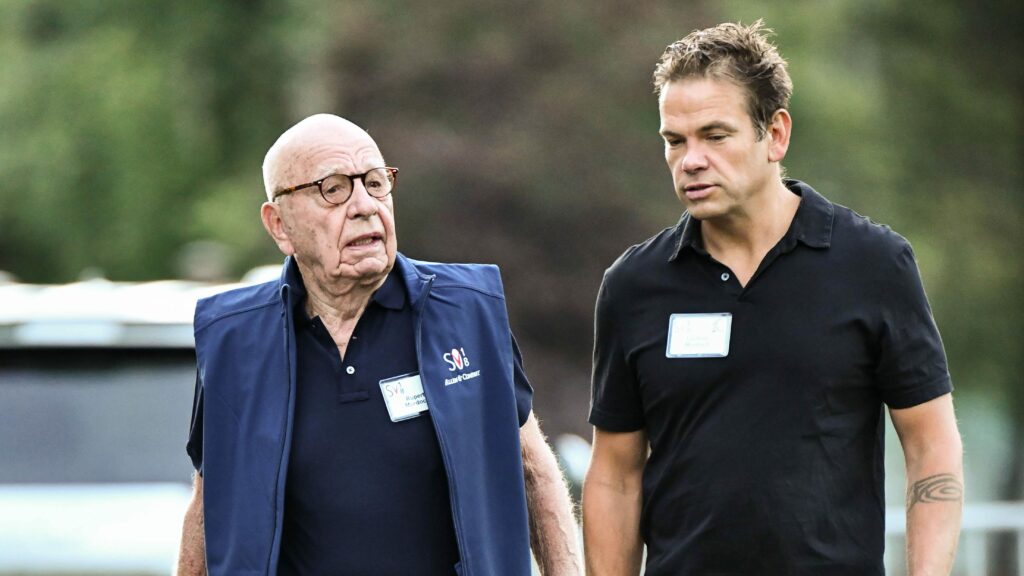 Scott Morrison has spent much of the past week warning that there is a chilling “arc of autocracy” emerging to Australia’s north. That’s his code phrase for China’s presence in the Pacific, but the arc now extends across much of the world.

Russia has been moving from thuggish kleptocracy to despotic autocracy for the past decade. And just this week in the United States, personal liberty suffered a pretty massive hit.

As the climate heats up, there’s a clear signal that instead of working together to mitigate climate change, the emotionally damaged men who run much of the world will instead favour picking up their guns and fighting each other. (Or more accurately, sending young boys off to fight each other).

Of course, Morrison wants Australia to join in the fun. China moving in next door has been a great excuse to buy more toys for all the Ben Roberts-Smith types in the armed forces (and as an argument to not vote Labor, of course).

So what hope is there for democracy? Conventionally, Australia would rely on allies like the US and UK for protection against oligarchic despots, but that feels like an increasingly poor bet. Any democracy feels like it could be an election or two away from disaster. Just ask France.

In this moment of crisis, the gilded heirs that have ended up owning the world, bereft of the skills required to make money themselves, have very quickly started flirting with fascism to stay in power.

The Waltons, the Kochs, the Du Ponts and especially the Murdoch heirs would rather take their chances with a strong man than support democracy, with all its uncertainties, and in particular its inherent risk that their unearned intergenerational wealth will be progressively taxed into oblivion. Progressive taxation is the enemy number one of anyone who has never had to develop the wit to earn their own way in the world.

A perfect example is Lachlan Murdoch. It is very clear this election that Lachlan Murdoch has none of the finesse of his dad. There’s no pretending that News Corp is anything but a well-funded propaganda machine for the coalition. It’s not a king-maker but a partisan courtier for fascism and bigotry.

For people who’ve owned yachts and private jets and whole islands their whole lives, the risks posed by war are manageable. The risk of dying at the front is non-existence, and parking your inheritance to be a cheerleader for the military industrial complex is a no-brainer.

So if the answer to a hotter planet and a cooler democratic climate isn’t militarism, then what is it? What is the great hope for those who don’t want to spend the next few decades aiming guns at each other? What is a plausible theory of change for our times?

Well, at the risk of being cancelled, here’s my theory.

It’s becoming increasingly clear in this election that the workers, the unionists, the feminists, the dispossessed, the disabled, the LGBTQI+ community, the academics, the artists, the kind and the poor don’t have quite enough sway to swing an election on their own.

Sure, Albanese might get across the line, but it’ll be off the back of a strategy of not talking about any of the things that this disorganised rabble are passionate about.

Actually, instead of rabble, let’s call these people the “decent people” (Jesus would have called them “the meek” but I included feminists in that list and I don’t think anyone would dare call Australia’s current feminists “meek”).

Simply put, decent people around the world need to enter into a coalition with another group of people who have similar interests. And to save the planet, it needs to be an alliance that can last decades.

The answer is the managers of capital. That’s right, the bankers, the fund-managers, the technocrats that lie at the heart of global capitalism. Hardly decent people but perhaps necessary allies.

It sounds absurd. These are the courtiers of capital who have got us here in the first place. They poured the world’s resources into fossil fuels and have, for seven decades, used money to ruin the economies of any country that doesn’t fall into line. They are powerful and deeply indecent.

They are also indecently wealthy, at least by the standards of any decent person. But at least they work for a living. Sure, they work for the owners of capital, but that’s why they are such appealing allies.

Already managers at the big insurance companies and bond firms get it. If you’re managing trillions of dollars of risk, climate change is a problem. It risks upending the steady accumulation over the world’s resources that gives them a reason to get up in the morning. That’s why the fossil-fuel divestiture movement keeps gaining momentum. Its an unstoppable alliance between the managers of capitalism and human decency.

The money flowing into the Climate 200 movement is, if the rumours are true, ridiculous. This is not a grass-roots movement of decent people. This is a direct intervention by managers of capital — bankers, financiers, and yes, quite a few gilded heirs — into our democratic system, and in particular, into the Liberal Party.

What is fascinating, though, is that Climate 200 has chosen to align itself with decent people to achieve its goals. It is by no means a perfect model. The idea that you can buy your way into genuinely influencing the outcome of an election in Australia is abhorrent. But enough decent people have gathered around and converted the filthy, deeply indecent lucre into a genuinely intriguing (and even exciting?) intervention into the election.

We live in the world as it is, not as it should be, and no matter how imperfect its model, the effectiveness of Climate 200 points the way towards how decent people need to be thinking into the future, well after this election.