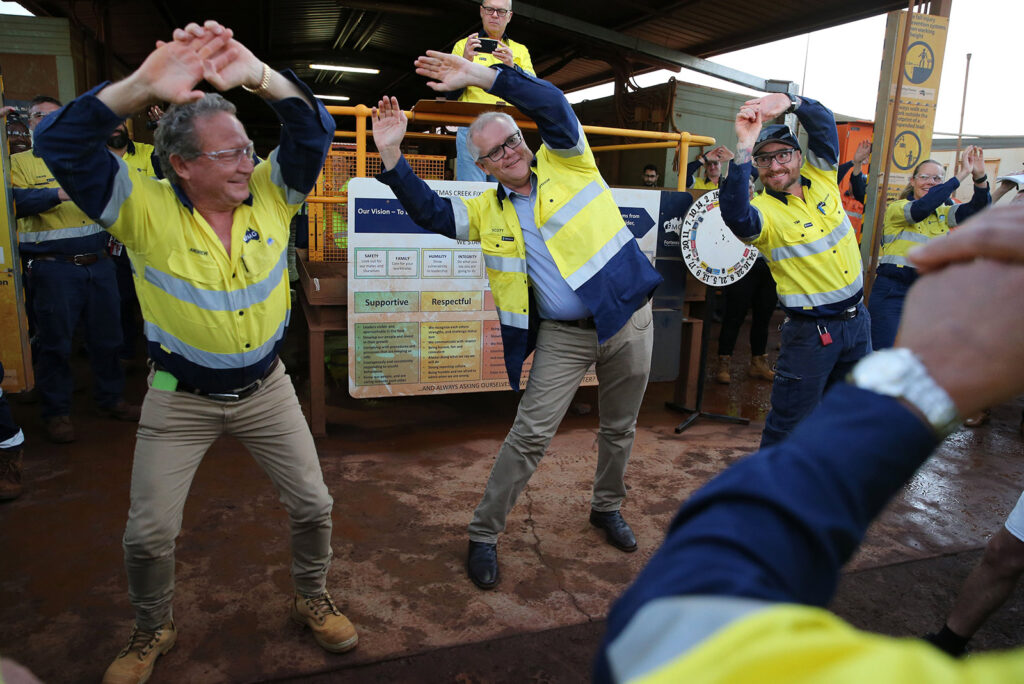 This year there has been one thing that seemingly all politicians agree on; this notion that Australians (especially young Aussies) need to be more optimistic about our future. My question is why? What’s the fucking point?

In Australia, just like the rest of the world, young people are allegedly more ‘pessimistic’ than older people are now and when previous generations were our age. According to the recent Australia Talks, survey the vast majority of young people think that they will be worse off than their parents, but older people disagree. I would point to the other stats specifically about optimism but Australia talks has not given out break downs of age demographics for those stats.

As a young person myself, I don’t see what all the fuss is about with this ‘optimism’ bullshit. It seems like it is just lying to yourself to make up for the lost naivety you had as a child. I know that might be sad to hear for older generations, but hey there is a reason that when us Zoomers want to relate to each other we make jokes about our depression. And no it isn’t all social media’s fault, stop letting the media and politicians shift the blame.

A big part of the reason why young people aren’t feeling optimistic is that there is nothing to make us optimistic. That’s it, that’s the reason.

Yes social media is a hell hole full of despair and misery that drains joy and truth out of any situation, however that is also true about the current state of politics, the economy and the media. But unlike those things at least social media also has some good content, making it the least shit part of society at the moment.

On the weekend I saw this fucking pretentious story being shared around by Labor ministers;

No, Australia has not peaked. Our best generation is here now | Jim Chalmers and Andrew Charlton https://t.co/fov1l06F4G

It really annoyed the shit out of me. Why? Because it is another reminder that the system is broken and those in power know this and do fuck all about it.

First of all, I hate politicians being so fucking cosy with the media that is meant to be holding them accountable that they can straight up write propaganda for them which I think is wrong no matter which party and which media company it is. Yeah, you go Guardian, fighting power to truth. That’s how that is meant to work. Way to make me trust your editorial standards!

Secondly, I hate when writers pull fancy historical quotes from people no one has heard of out of their arse as if it makes them smarter. It just comes across like a posh twat too scared to have their own opinion so they steal someone else’s instead.

Third and most importantly, I hate this selective false optimism bullshit!

Yes, the country is fucked in all the ways the article mentions like the climate change and the rapidly changing world economy. Yes, Scott Morrison does fuck all and just tells us to be optimistic.

The LNP government lead by its wannabe-Boris Johnson, Scott Morrison, who some how manages to be less charismatic, stylish and fit to lead than Boris, and has done fuck all in power except funnel money to their rich powerful donor friends and hurt us regular Aussies. They can truly get fucked.

But guess who else does that shit? Labor!

Every week a Labor politician gets mocked on Twitter for some bullshit where they tell young voters to sit down and shut up about their current policies/recent voting record, instead telling us to blindly trust them to fix their policies once they get into power. Fuck that you stupid cunts, that isn’t how the world works, you fuckwits. No wonder the only thing that makes sense in Australian politics is that Albo is a failed DJ, he does give off failed DJ that just-wants-everyone-to-be-happy vibes.

It’s not like the Greens inspire hope either, while yes where the country is most fucked right now, they seem to actually give a shit instead of being all talk, they don’t seem to want to put in the effort to change shit. They don’t want to actually run enough candidates to take over for some reason instead expecting Labor to fix things. They can also fuck off.

To anyone else in parliament who are too irrelevant to make that list, you are probably the worst of them all you so shut the fuck up.

So, with all that nonsense bubbling in my mind for a day, I decided to tweet this from the Chaser Interns account:

‘Why aren’t young Aussies optimistic?’ Asks politicians in country where young people can’t get vaccines, houses or a major party that stands up to fossil fuel companies or Murdoch

Usually when I tweet from that account before midday the tweets tend to struggle, but not that one. That one did exceptionally well. Is it because it;s the funniest thing that has ever been tweeted? Nup.

Seriously though, what in this fucking country do I have to be optimistic for? Politics is fucked but no-one seems to want to hold the powerful accountable.

A lot of my friends don’t really consume the news anymore and I don’t blame them. They seem to be happier than me, the guy whose job involves writing jokes for The Chaser and providing high-brow, profanity-laden commentary on The Shot.

See they already know the world is fucked and that the media and politicians are full of shit. Why do they need the people causing the problems to tell them about the problems?

When you turn on the commercial 6pm news, most of the time, you get the government’s line packaged without any context or analysis. Yes, yes. We get it, deadlines are real, there isn’t time to parse a politician’s words against their previous actions.

By my count, we’ve had at least a billion vaccine announcements this year. But each one is met with the same breathless naïveté that makes it sound like the latest shipment is really real this time. That the jabs are going into arms as we speak…

Maybe if Mark Riley or Chris Uhlmann just once stepped back and did a regression analysis of the likelihood of a leak from the PMO being true given past performance, they wouldn’t take the scraps they’re thrown as gospel. But deadlines, deadlines… there’s no time to parse leaks against reality.

Instead, it’s easier to just feign outrage when it inevitably turns out that the politician or corrupt business person lied but you already ran their lies just like every other time? Who could have seen that coming? Who could have foreseen that not doubting what powerful people who have a history of lying tell you would backfire?

Why would I tell my friends to consume the news when the news still thinks platforming white supremacists has any use, let lying politicians lie and run editorials written by cheerful bigots which sew hatred and division.

What good is any of that going to do for my friends who will never own a house, can’t get vaccinated, won’t be able to retire, is sick of the way we treat refugees, sick of bigots in power, have a HECS debt to pay, trying their best to get and keep a job when employers don’t give a shit and have their own shit to deal with?

But oh yeah if you criticise anything about the media journalists will whinge that it ‘doesn’t reflect the editorial standards of the paper’ and boohoo ‘media literacy is getting worse’. If you have ever said that, fuck you. To the politicians, journalists and anyone else who wants to lecture the younger generations about how we ‘need to be optimistic’ but refuse to actually solve things, I ask you one thing: Why should we waste hope on your broken system?

It’s not that I don’t have hope. It’s just that my hope lies in the very lack of optimism of young people.

Young people aren’t just blindly doing as instructed by the gilded generation of negative gearers and credit frankers to hold up their chin and pretend it’s all going fine. We are instead being completely realistic about it. To achieve change, you first have to be honest about what you’re up against. Perhaps it would help if the oldies were a little less optimistic about everything.